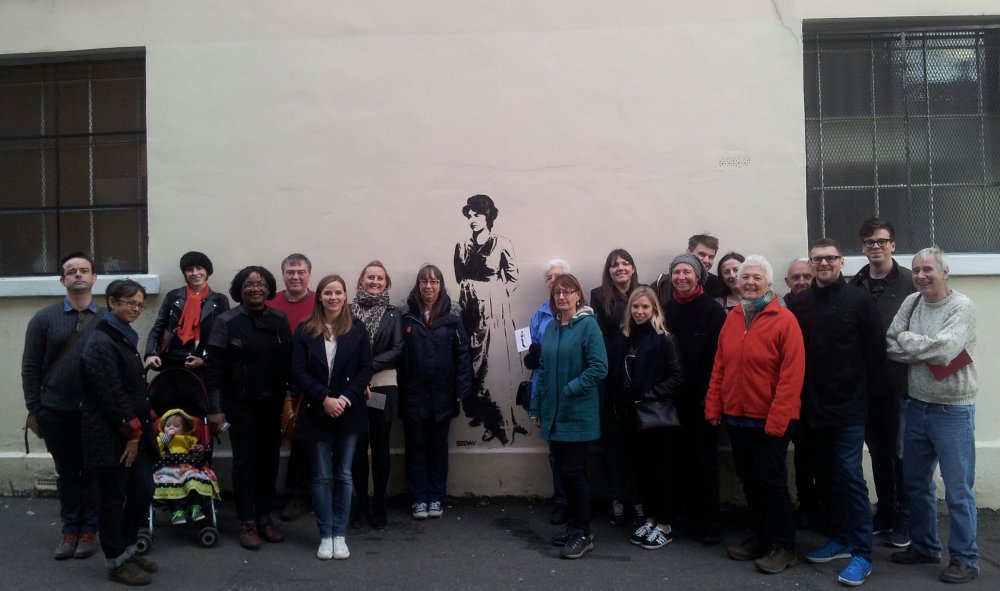 Why is a man leading walks about Mary Wollstonecraft in Stoke Newington and Newington Green and why does he think it’s important that she has a monument?

Saturday’s walk (see below) sees half the funds go to two local causes including the campaign for a statue of Mary Wollstonecraft. Why?

Many of us broadly accept today that people are people and – given the same chances – we can all achieve pretty much anything. And we take that notion of the individual for granted.

But in the 1700s this was extremely controversial stuff. People were supposed to know their place. And their place was where they were born and who they were born to – and what gender they were. Social mobility was very limited, causing some to leave for America to run away from class distinctions to achieve their full potential in the ‘land of the free’.

Women were said to be ‘naturally’ inferior to men and according to the law couldn’t be trusted with things like owning property never mind being involved in politics or having an opinion on current affairs.

And the biggest names of the time in philosophy and natural sciences backed up this up across Europe. This was a very big boat of beliefs to rock and would take someone of extraordinary ability: someone who was “the first of a new genus”.

If you’ve ever felt held back by society or that something is self-evidently unfair, a character like Dissenter-extraordinaire Mary Wollstonecraft offers inspiration. In the course of her life she would be a single mother, a journalist, a kind of war correspondent and much more.

And as a writer she’d show how saying ‘women are inferior to men because we’ve always said this and well, this is just is how it is’, she’d show how that is not just lazy thinking but also an exercise in maintaining power and inequality.

In this way, she was like the lone voice in the playground telling the big kids that actually it’s not funny to bully the little kid. Or the awkward voice at a party who doesn’t want any veal, thank you. Or the guy who suggests to his mates that being derogatory about women maybe to shore up their own self-esteem isn’t really okay these days and the world has moved on.

If you’ve ever been frustrated by someone telling you that the world can’t be changed because ‘it’s just how it is’ or ‘you can’t change things’, then Mary offers inspiration. Because she refused to believe this. And she started to change the philosophical climate around gender equality way before the Suffragettes marched for the vote.

Any of us who want to feel free to be who we really are, not what we’re expected to be or others would like us to be, we owe her a debt. Anyone who wants a better world or campaigns for social justice can be inspired by her point that, by allowing women to grow into a position of parity, society grows as a whole.

“I do not wish them [women] to have power over men, but over themselves”

“The more equality there is established among men, the more virtue and happiness will reign in society.”

Autonomy and equality – a fair go regardless of who you are – and the moral courage to point to an elephant in the room: it’s a message that transcends gender. Who can’t be inspired by that?